In Their Own Works- I.J. Hudson

I.J. Hudson, former AOB board member and longtime champion, has spent more than 30 years in front of the television camera all over the country, including Green Bay, Chicago, and Washington. He has received six Emmy awards and numerous others for general assignment and feature reporting. He started his broadcasting career after leaving the Navy, when there really was “film at 11.”

He’s always enjoyed photography, from the days of black and white, through slides, and today’s digital. Now that he has more time on his hands, he roams stretches of the C&O Canal and rural areas of Montgomery County Maryland to watch, photograph, and take-in nature.

“I may take 150 pictures a day and find 3 or 4 that are good enough to process and share. I tweak those photos not only to enhance what people see, but to express how I felt while I watched. For example, a sunset is an experience. Shooting sunsets to share with others is a bonus.”

Photography has also changed I.J.’s perspective on nature. “Its not just the big scenes like fog in a valley, its also the bee, the hummingbird, the butterfly on milkweed…” 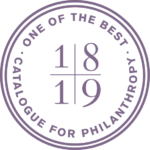 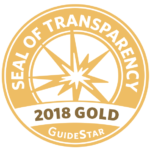