PROJECT OVERVIEW
In 2008, under the direction of AOB’s lead artist Carien Quiroga, 22 apprentice artists from the Latin American Youth Center (LAYC) designed and produced a mural that reflects the community-identified theme of transformation. Additionally, this ambitious project relied on significant community involvement, which took on many forms from a local restaurant donating a percentage of their sales, to others power-washing and painting the wall, to donated paint, and the removal of overhanging weeds. It was only through the time, talent and treasure of many individuals and organizations that made this project a beacon of new hope from a wall that was once an eye-sore, filled with graffiti and gang tagging.

Nearly two decades later, the revitalization of the Turning Point mural presents an opportunity to again partner with local community members, law enforcement, municipalities, businesses, schools, the faith-based community and local service organizations to provide a fresh design. Several housing communities will be engaged throughout the entire mural restoration process, and will provide guidance to AOB’s teen apprentices and alumni of AOB programs, along with the mentoring and supports of professional teaching artists.

Turning Point Mural Re-Envisioning Plan
In 2018, AOB reached out to long-time organizational partners YMCA-Youth & Family Services and the LAYC to garner their interest and capacity to contribute to this endeavor, as well as explore the level of interest of local residents, businesses and faith-based institutions. We also met with AOB alumni who worked on the wall in 2008, as well as the original lead teaching artist, Carien Quiroga. Other core organizers were be identified and engaged to refine and confirm a plan of action.

Community Stakeholder meetings revisited the history of the mural as it was first conceived in 2008; and how the mural has impacted the surrounding communities since its inception. Technical challenges of the “old” mural were discussed, and new/alternative mural-making techniques and technologies were explored to allow the new application of the mural to last longer. The theme of the 2008 Turning Point mural was “transformation,” and certainly much has changed in the neighborhood and in the lives of the original art apprentices. Further such dialogue will also inquire about current issues and concerns in the community, including the opportunity to re-imagine the theme, content and imagery in the mural to best respond to today’s climate and environment.

From there, AOB alumni, current apprentices and the lead artist will take the rich information from the stakeholder meetings and create three to five new Turning Point designs to present back to the Community Stakeholders, who will, in turn, provide constructive feedback on the designs. After several rounds of community presentations, a design will be chosen by a curating committee. Teams of volunteers, guided by the AOB apprentices, alumni and the lead artist, will apply the new mural design to the wall.

Finally, the new Turning Point mural will be completed, and a dedication ceremony will celebrate the accomplishment of the many stakeholders who contributed their time, treasure and talents to an important community project. 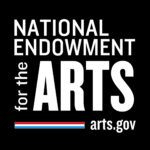